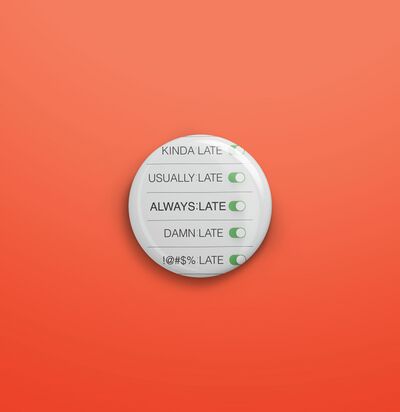 The intentionally late, the incompetently late and the unconsciously late.

Rock stars, celebrities and other latecomers.

Take it easy and slow down! What's the rush?

Retain control by making others wait.

Those who know the real you, know that you are someone worth waiting for.

The one thing worse than being late for a party is arriving too early.

He was always late on principle, his principle being that punctuality is the thief of time.

I am invariably late for appointments - sometimes as much as two hours. I've tried to change my ways but the things that make me late are too strong, and too pleasing.

I always arrive late at the office, but I make up for it by leaving early.