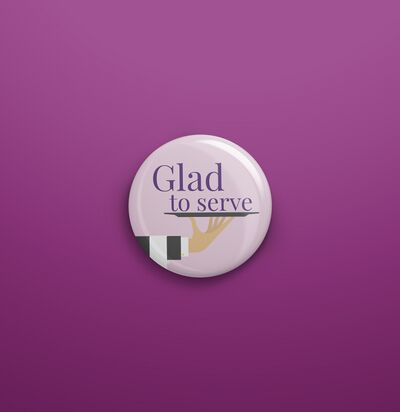 Those who unhealthily sacrifice their own needs in order to serve others.

People who look their best when carrying a tray.

Enjoy being a servant[1] in a society that is massively service-oriented.

Believe that you are almost as entitled to being served as anyone else.

How can I be useful, of what service can I be? There is something inside me, what can it be?

The high destiny of the individual is to serve rather than to rule.

If you would have a faithful servant, and one that you like, serve yourself.

Allow others the pleasure and honour of serving you.